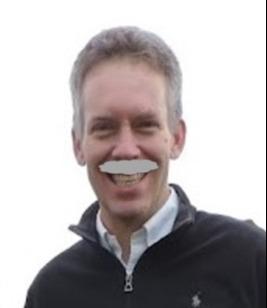 BWXT Lynchburg employees growing mustaches for a good cause

Several BWXT employees at NOG-Lynchburg are growing out their mustaches for 30 days to benefit local children’s charities. To participate in the Mustaches 4 Kids (M4K) fundraiser, they solicit donations and meet once a week to shave their faces…except for the mustaches. Halfway through the fundraiser, NOG-L’s Mike Kelly says he can describe it in one word, itchy!

“The easy part is asking friends, family and coworkers for financial contributions,” he said. “The hard part is carrying all this magnificent hair on my upper lip.”

Vinnie Santini says he enjoys the humor that comes with growing a mustache.

“Laughter and being able to be made fun of for a good cause are important traits to develop,” he said. “I currently have several names associated with my mustache: La Flama Roja, aka “the Red Flame,” Gingerstache and Firebolt.”

Money raised is split between 31 charities throughout the area. Last year the organization raised over $500,000; they hope to do even better this year.

“I think the late Whitney Houston said it best, ‘I believe the children are our future,’” Mike said. “Who wouldn’t want a brighter future for our children, specifically those in the most need.”

“M4K is about helping kids in Lynchburg. This is done with an emphasis on men doing the good work of charity, which I believe is needed in our time,” Vinnie added.

The registration are currently closed. Please contact the organizer for further information.